Optimistic Companies Should be Doing SEO

It’s astonishing to think that batteries have been around for, at the very least, two hundred years. Perhaps no other technology has been around for so long without once becoming obsolete. Quite the contrary, batteries as a whole have only gone from strength to strength, and it is only now that they are perhaps reaching their true apogee. We know this simply because we were living through a veritable battery revolution. As an energy source, batteries have replaced so many other technologies.

The most well-known example here is the battery-powered electric motor (also something that has been around for a very long time) and how it is replacing the internal combustion engine. The huge multi-celled li-ion batteries powering electric vehicles are finally putting to bed a technology that has had primacy for well over a century. Battery technology also replaces previous battery technology; the USB-Type C rechargeable smart batteries produced by tech start-up Pale Blue Earth, for example, are replacing the traditional nickel-cadmium or lead-acid AA and AAA household batteries that all of us grew up with.

Truly, this is the age of the battery.

Batteries for Your Finances

The latest battery technology is also presenting modern people with the ability to make or save money. What we are referring to here is the use of battery power to make savings on more costly forms of energy. This doesn’t just mean switching to batteries entirely, but also to the judicious use of batteries at specific times in order to save on energy.

Ways to Save and Make Money with Battery Installations

It is quite a novel concept, but there are many examples of this in practice. Here follows some common examples:

It is now quite common for developers to invest in green and renewable energy installations such as solar parks and windfarms. Batteries are not, because of how they are manufactured, entirely green but they can be integrated into a renewable energy installation in order to save money. The problem with natural forms of energy is that they rely on the sun shining, the wind blowing, and the tide moving. When this doesn’t happen (not so much the tide, obviously), money can be lost through curtailment. By having a battery installation on standby, you can prevent this happening.

For those companies or municipal authorities running an electricity grid, rare peaks in demand are something that needs to be accounted for. Normally, this is achieved with upgrades to the infrastructure to account for these peak times. This is not only costly, but it often has to be done when no spike is expected or even comes. With a battery reserve near to the source, these upgrades can be indefinitely deferred.

This tip is more for the energy consumer than investor or developer. Peaks in demand often lead to the price of energy temporarily increasing. If you’re using your electricity through one of the peaks, you could wind up with a bigger bill. Unless, that is, you have a home battery installation which you can switch to during these times.

For the large ocean-going vessels that are essential for global trade, bunker fuel is the most common means by which they are borne across the waves. This fuel accounts for a substantial portion of shipping costs. Fuel consumption is massively increased whenever a ship is maneuvering. However, if the ship is equipped with auxiliary battery power, these costs can be avoided.

The types of battery installations mentioned in this article are all large and costly in and of themselves. However, when used judiciously, they can save, or even make, money. 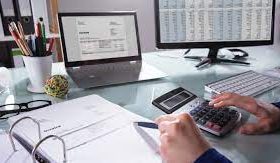 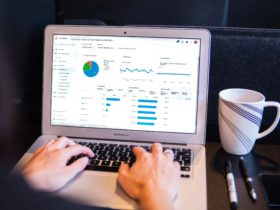